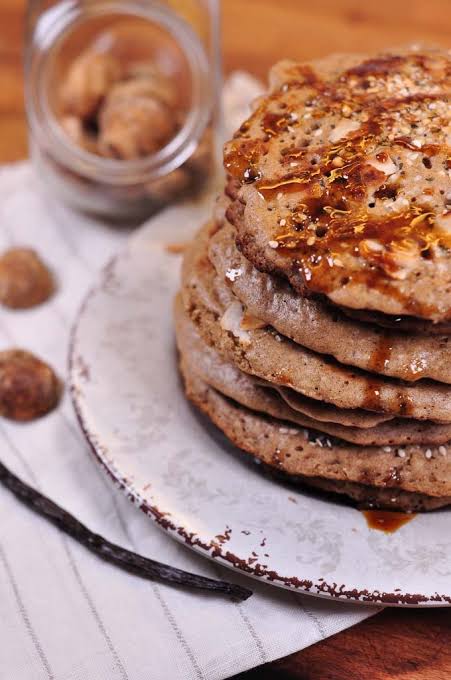 People who know me, know I like a good breakfast. As it’s the most important meal of the day, I pay attention to my breakfast, even if I’m usually in a rush in the morning.

In Belgium I have my sacred ritual: a bowl of honey baked granola mixed with fruit, dipped in BIO vanilla yoghurt. Haha 😎

As you might have read on my blog, I’ve recently embarked on a world trip through South-East-Asia, Australia and South-Amerika.

After hearing how some friends lost a lot of weight while traveling in Asia, I was a bit worried about my nutrition on the trip, especially my breakfast.

After 5 weeks, I am comfortable saying my breakfast routine hit an all time low 😕.

As we’re traveling on a budget and as breakfast is usually included in the room price, we end up eating most of our breakfasts in the hotel.

If you judge by the hotel breakfasts anyway … 🤔

Every single morning we get greasy pancakes, double omelets and if we’re lucky also some toasts.

Note: you can also get a traditional Myanmar breakfast, usually consisting of fried rice with a few oily vegetables … (But rice 2x per day, for lunch & dinner is enough for me already 😅)

Btw: sometimes the pancakes even have a honey covered banana inside. Greasy, but hmm delicious!

After 5 weeks of tasty pancakes and actually losing weight 😜, I decided to be a bit more disciplined again. From now on I’m sticking to toast with jam!

I say toast, toasted white bread, because unfortunately in Myanmar they don’t sell granola (or even muesli for that matter), nor do they have yogurt anywhere.

The only place where we found some very expensive yogurt, was in a luxury shopping mall in Yangon, aimed at the expats and rich locals. It was funny to see them parading in suits and high heels. What a contrast with the poverty outside those very walls.

I must admit, in the shopping mall we found some sort of bakery and we did crack for some ‘real’ French baguette and cheese for lunch. What a welcome change! 😇

Now we’re heading into Thailand. So I’m curious to see the evolution of my breakfast routine 😉

The hunt for the perfect sunrise spot in Bagan

7 popular highlights in and around Bangkok reviewed