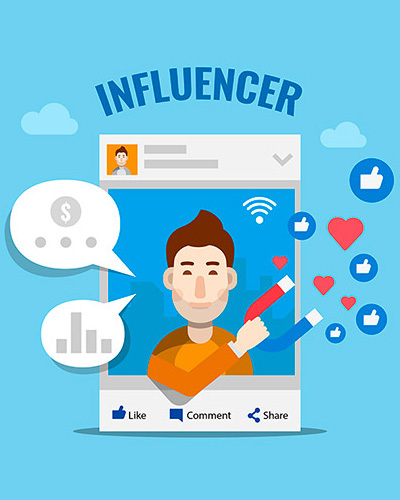 First of all, this is no exact science. However I do want to share a few insights on how to work with an Instagram micro influencer after having built my Instagram from scratch to 11k followers in 1 year and having worked with several brands during this year.

Usually one would write from the influencers perspective. How to build your Instagram and attract brands. (Some good information on that topic can be found in my Instagram growth hacks series)

This particular blog will focus on the marketeers, looking to work with influencers and more specifically micro influencers.

The difference is that the latter has a smaller amount of followers, more in the 500-5.000 region. Despite the smaller following, the micro influencer is targeting a very specific niche and he has a lot of active followers engaging with his content. This makes him the ideal role model within his specific niche.

An example could be a French FPV race drone builder who shares his latest models and experiments with his target group of 2.200 French speaking followers who love his updates and videos on FPV race drones.

Now you can imagine that a new FPV race drone brand willing to enter the French market, would be very interested in working together with this micro influencer! And on top of giving him free drones to test, they might also be willing to buy some sponsored posts.

How to identify a genuine micro influencer?

But how does the marketeer of that drone brand know his money will be well spent? Well there are a few metrics you can inspect:

First of all, the amount of followers. However this metric really doesn’t say much. For all we know, he could have 2.000 fake followers and another 200 friends from high school and college that are not interested in drones at all, but have been too lazy to unfollow him.

That’s why the overall engagement is much more important. Often expressed through an engagement rate. Simply put, it’s the amount of likes and comments one receives on average per post, divided by his number of followers.

A good micro influencer should have an ER between 5-25%, depending on how many followers he actually has. Have a look at the graph below for reference:

Now, engagement can be bought as well, so be careful when only relying on this percentage. Use some common sense and click on the comments section of his last couple of posts. Read through the comments. Do they appear genuine? Are they related to the post? Are they not from usernames you can’t pronounce and have lots of numbers in them? Then you might be onto something good 😉😉

Another good way to evaluate if an account has genuine followers, is through an inspection website. The better ones use artificial intelligence to identify fake followers and fake engagement. Of course, again, it’s no exact science. You shouldn’t take the percentages literally. But they can give you a good indication.

A website that does a really good job, is www.hypeauditor.com

Here’s the report from my own account as an example:

Sidenote: every single account will turn up with some fake followers. That’s because bots will follow you in order to attract attention to the accounts they are trying to promote. But that percentage should – in my opinion – stay below 25% to be considered healthy.

How to choose the right micro influencer?

So now imagine – as the above marketeer – you have found 2 French drone building accounts. Both appear genuine. You only have the budget for 1 of them. Account 1 has 2.200 followers and an average engagement rate of 6%. Account 2 ‘only’ has 1.500 followers, but an ER of 17%. Where should we invest?

Leaving any other factors out of the equation, you can trust the math, which clearly points to account 2. If you buy a sponsored post with him, you’ll reach double the amount of people. Despite having less followers. Interesting right 😉

In reality you’ll of course also want to look at the quality of his posts, his stories, his values and company fit, does he also have a blog and YouTube channel etc …

One hell of a beautiful drone photo from Belgium 😍